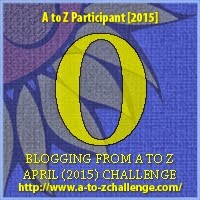 Even the most normal seeming dreams have that sense of otherworldliness.  And why wouldn't they since the world of dreams is a strange place that is unlike the waking world.   Logic is sometimes turned upside down and things seem downright peculiar.

The world of dreaming is another world than that one to which we are most accustomed.  It can be rather difficult to describe or explain.  In the dreams we might feel somewhat in the right place and yet there frequently seems to be that queasy uneasy feeling that some things are not quite as they should be.   We may not question the circumstances of that dream world, but then again we might not accept that there is any reason to question anything.

Yet after waking we realize that we've been in a peculiar place--another world in a sense.   What might have had a certain logic in a dream becomes obviously odd to us after we awaken.  If the dreams were not odd then would they really be dreams at all?

The waking world can seem odd enough, but we have our senses to confirm what is happening.  We know the reality that is around us even if we might try to convince ourselves that we are dreaming or hallucinating.   If these distinctions are not there then perhaps it is time to investigate why this could be so.

Does the world of your dream life seem like another world from the one in which you live during waking hours?   Have you ever felt like you were dreaming when everything was actually real life?    Do you enjoy the sensation of being in another world that is strange and sometimes even frightening?

Email ThisBlogThis!Share to TwitterShare to FacebookShare to Pinterest
Labels: Blogging from A to Z April Challenge 2015, elements of dreams, Otherworldliness, strange feelings of dreams