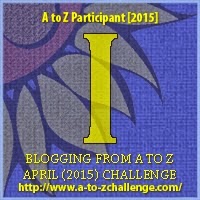 Dreams are essentially a form of imagination.  Though subconsciously directed, the dreams come from the mind and are wandering thoughts that are not especially guided toward anything specific, or at least in a conscious manner.   Where the waking imagination involves some control either in the fact that the thinking is purposely instigated or, if the result of absent-minded free associated thinking, we still have some cognitive sense that we are imagining and can shake ourselves loose from these thoughts in a relatively easy manner in most cases.

When the imagination is relegated to the subconscious then the thought processes can seem to be unorganized with a free association pattern similar to waking imagination, but with greater symbolic significance.   Our wakeful imagination will typically take us to places that we purposefully will upon our minds and we will in most cases take control of that imagination story.  However in sleep dreams the imagination is guided by inner forces less related to logic and more in touch with body functions and memory traces that linger from a previous time.

In sleep, imagination goes just a bit wild communicating in some primeval code perhaps or a language that is not necessarily intelligible to everyday reason.   What we imagine in dreams is either accepted and then forgotten or puzzled upon and if we wish, deciphered through interpretation.  In some cases that interpretation can be reasonably correct while at other times it may be pure speculation based on what we wish the meaning to be or what we think dream analysts have determined that meaning to be.   When the dreams are deciphered either wrongly or rightly it is the result of waking imagination trying to second guess the imagination of the subconscious mind.

Have you ever developed a story based on a dream that you've had?   Do you ever awaken to finish out your dream using your wakened mind reasoning?     Do you think dreams are mostly nonsensical doodling of the subconscious imagination?

Email ThisBlogThis!Share to TwitterShare to FacebookShare to Pinterest
Labels: Blogging from A to Z April Challenge 2015, elements of dreams, imagination, Subconscious