This installment of A Faraway View features author Yolanda Renée and her experience and thoughts about precognitive dreams.   Perhaps you have had dreams or visions of future events.  Yolanda has put some of these concepts into her novels.    Yolanda's links appear at the end of this post.

Precognitive dreams is a plot line I use in my books, especially my recent release Memories of Murder. I discussed this earlier on a blog post for Julie Luek, called Precognitive Dreams Fact or Fiction, but there were several requests for more information about my own experience with such dreams. Therefore, for Lee's Dream Blog, I thought I would do just that, get a bit more personal, and share a few more details.


I stated before that precognition can fall into the realm of the paranormal, but I've worked hard not to let it go there in my book, even though what I write is fiction. This is a personal choice, as I am a dreamer, and some of my dreams have been precognitive or visions of future events. I also know that it's an easy statement to make and that I have no physical proof, still I'm not afraid to make the claim. I've spoken to, and read of many with the same capabilities.

There have also been several studies done by major universities, such as Duke and Princeton. You can do a Google search to read of these. But it's also true that the mainstream scientific community is still skeptical. While I prefer to fall back on personal experience, for the nonbelievers there are interesting books that may change your mind, or at least get you to question the status quo, such as J. W. Dunne and his book An Experiment with Time.
"According to Dunne, whilst human consciousness prevents us from seeing outside of the part of time we are "meant" to look at, whilst we are dreaming we have the ability to traverse all of time without the restriction of consciousness, leading to pre-cognitive dreams, resulting in the phenomenon known as Déjá vu. Henceforth, Dunne believes that we are existing in two parallel states, which requires a complete rethink of the way that we understand time."  Taken directly from Wikipedia

While I've had minor premonitions, you know that nagging sixth sense that tells you something is wrong, I've also experienced precognitive dreams that came true. These dreams began when I was twelve and foretold future events that I, as a child, could not reconcile. I had dreams of horrific incidents, dreams that kept repeating, and left me, grieving. The only reason I remember them now, is because of the number of times they repeated and the emotional toll it took on me. The truths of those dreams played out over several years, and are too deeply personal to share here. I only mention them to give you a bit of my history with the subject.

Through the years, precognitive dreams showed me my husband, years before we met, warned me of several violent encounters, some that I escaped, and others I did not. I've seen future events and health issues that have all materialized. However, there was one violent premonition that kept me from behind the wheel of my Jeep pickup for two full weeks. This particular instance did not happen as a dream, but came as a vision while wide-awake. I'm sharing it here because of its strength and the amount of time it took before it was resolved. 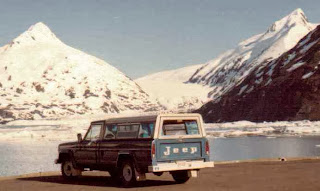 One beautiful Sunday afternoon I was with a boyfriend. He was driving my Jeep pickup back from brunch. We were headed into Anchorage, when a waking dream played like a movie before my eyes. I was behind the wheel of my pickup, going down the highway, much as we were right at that moment. However, in my vision, the pickup came to a sudden stop and I went flying through the windshield. One minute I'm driving and the next I'm lying on the side of the road, shredded by the glass and bleeding profusely. The vision threw me. I wasn't sure what to make of it. I looked at my surroundings, looked at my boyfriend, who asked me if I was all right.

I was shaken, but told him I was fine, and never said a word about what I'd just seen. After all, he was driving, and the vision did not fit the circumstances. I pushed it aside, figured I was being silly, and enjoyed the rest of the day.

The next morning I went into the garage to drive to work, but within ten feet of my Jeep, I started to get an eerie feeling. That same vision hit me again, along with an intense feeling of terror. To say I was shaken would be an understatement. When I reached to open the door of the truck, I couldn't even grasp the handle. That feeling of doom was so overpowering I could only get relief from it, by walking away. Stunned and confused, I walked to work.

I told no one. I mean I knew what the word crazy meant, and the last thing I wanted was for the men in the white coats to come haul me away. I managed to hide my secret for several days. However, I had to confess when my boyfriend showed up and needed a ride home. I refused to drive and had to tell him why. He laughed, but gladly took the keys to my truck. Several days later, a friend dropped me off at his place to pick up the Jeep, but despite my desire and the need to have my vehicle back, I still could not get behind the wheel. Those feelings of foreboding were still too strong. By this time, I just felt stupid, but I couldn't, and I honestly mean couldn't get in that truck.

Eventually, my boyfriend drove the truck back to my garage, and by then everyone saw me as hysterical, but I refused to test the fates.

It was two weeks before I could get into that Jeep. When I finally opened the door and slid behind the wheel, the vision no longer assaulted me, I felt no fear, not even a twinge. There were no feelings of panic, and I no longer broke out in a cold sweat. I still don't know how to explain what happened, but I will never regret refusing to drive during that time, despite the laughter of friends.

Should we heed those voices in our head, or tempt fate? Do you believe in precognitive dreams or premonitions – have any of your dreams or visions ever come true?

Thanks again Lee, I hope I've given your readers something to ponder. 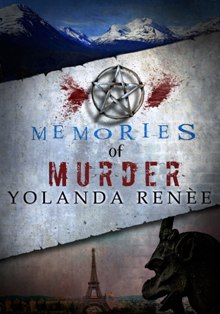 Murder, Madness & Love ~ Memories of Murder
is available on Amazon Kindle ~ Kobo ~ B&N
and in paperback.