One of My Weirdest Dreams Ever by Nicole Ayers 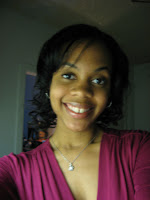 This post comes from one of the A to Z co-hosts, Nicole Ayers of The Madlab Post.   She's presented guest spots on nearly all of my blogs and now she adds dreaming to her repertoire.  Of course, as a filmmaker Nicole does her fair share of dreaming up new projects.  At the end of this post you can follow a link that will take you to her latest movie adventure.


One of My Weirdest Dreams Ever

Foreword: I had this dream in August 2012 -- around the same time that the final draft of my short film, Abyss, was being completed. This movie is about an Army officer who faces many troubles while stranded at a bus stop, after his marriage proposal goes wrong. After directing the film and going into post-production, I am now inviting you to join in making my film festival premiere happen. If you enjoy reading about the following weird dream I had, support this project by making a contribution to my movie campaign to help with cast and crew transportation, submission fees and press materials.

While in New York, I just got off of one of those Greyhound types of buses before realizing that I was still holding a drink coaster. It belonged to an unknown café that I left earlier that day – after being fed up with answering questions by an older couple who wanted to know what I was listening to on my CD player. I then entered what looked like a school or office building instead. Suddenly, I got thrown into a movie set as some sort of extra, for what sounded like a very crucial scene -- based on the director’s anxious behavior.
As it seemed, the cameraman, who volunteered to work without pay, brought her brash words to everyone’s attention: “Grandpa, if you don’t stay still, I’m gonna smack you!” I left that place -- possibly to return the coaster – when I realized that I forgot to book a return bus ticket back to Philadelphia. To make matters worse, I only had $20 in cash on me. Sure, I could find some place with Wi-Fi, where I can order one ticket online using a credit card – but – how am I going to print the darn thing?

Of all the weird dreams I’ve had throughout my life so far, this one hits too close to home, on so many levels. In retrospect, I wonder if the dream reflects an overall sense of panic that I feel in situations where the outcome is uncertain or circumstances that are beyond my control. I’ve been out of town often – in New York, Atlanta, Washington D.C. and other places. Being stranded has been one of my biggest concerns while traveling. It’s usually, however, not related to a lack of transportation. Maybe it’s due to living in cold climates and shady cities but, I’m more concerned with lodging than many other comforts. I need to know that I have a place to stay – one that’s been confirmed and verified.

I do find it interesting that the director of that movie was female, given that most movies – at least those that are familiar to the average person -- are directed my men. Was I supposed to learn something, like how not to behave when making my own films, perhaps? Also, who brings a CD player to a café these days? I own a CD player but would more than likely never use it out in public – especially when modern day mobile devices such as iPods and smartphones are so much easier to use. So that is one of the portions of this particular dream that does not make any sense to me.

Have you ever felt stranded in a dream? Do any of your dreams take place in multiple locations? What is the furthest destination that you have traveled to while dreaming?

To find out more about Nicole's current film project please visit Abyss/IndieGoGo.   While there be sure to give an extra boost to the project by tweeting the link and letting others know by whatever means you can think of.