When in doubt about what to write or if you're just feeling lazy, do a meme.  I save these things up for times like these.  I'm tired and don't feel like thinking too much.  So here's a meme that came my way on March 15th from Gossip Girl at Just You Wait! One Day I Will...   Her blog title is fitting for my taking her up on her tag.  In this little bloggy game I'm to offer an excerpt from a work in progress and answer seven lucky questions. 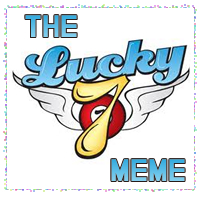 Here is the first part of the rules of this meme:


Here is my excerpt:

In the distance, he could see towering structures of downtown.  There were millions here that were now threatened by an unknown force that was among them.  A beachhead had been established by the secret invading enemy here in Chicago.  Perhaps there were invasion portals in other cities as well.  John hoped that someone connected with the government would listen.  Alone he could do nothing.  He would need the help of armies and even that might not be sufficient, but they at least had to try to do something.

So now onto the Lucky Questions to answer:

1. What is my dream Vacation?   A year long all expense paid grand driving tour of the United States and Canada.
2. Are you spontaneous or do you like to plan?   I am usually a planner, but knowing that even the best plans can go awry I like to be prepared for spontaneity.
3. Tell us one thing you want to do, but don't dare do?   I suppose it's better that I don't say since saying it would be admitting that I want to do it and somebody might get the wrong idea.
4. What's your biggest phobia?   Being trapped in a tight place and not being able to move--I'm very claustrophobic.
5. If you were stranded on a desert island--what 3 things would you want with you (not including laptop or family)?   Lots of food and water and a satellite phone--I don't want to stay there for long.
6. Name 3 blessings in your life:       My family, my relatively good health, and a lifetime of great experiences.
7. What was your nickname in high school?   I've answered this one before.  I didn't have a generally known nickname but a few guys called me "Juggler".
I removed three of the questions so I'd have seven.  That made the most sense.  I'm not tagging anyone else but you're free to do the meme on your own if you wish.  Now let me go back to sleep and dream some more.